Benefits of Being a Later in Life Parent

By: Donna Chaffins
In: Parenting

Did you hear the news recently that Janet Jackson was having a baby? A celebrity being pregnant really isn’t big news, but a woman who is fifty having her first child is. Being a later in life parent isn’t something new. In fact, more and more women have put off becoming a mom until they’re older. I was thirty-eight almost thirty-nine when I had my son.

I’m glad I waited until I was older before getting pregnant, but now that I am 52 years old, I couldn’t imagine having a 2-year-old. 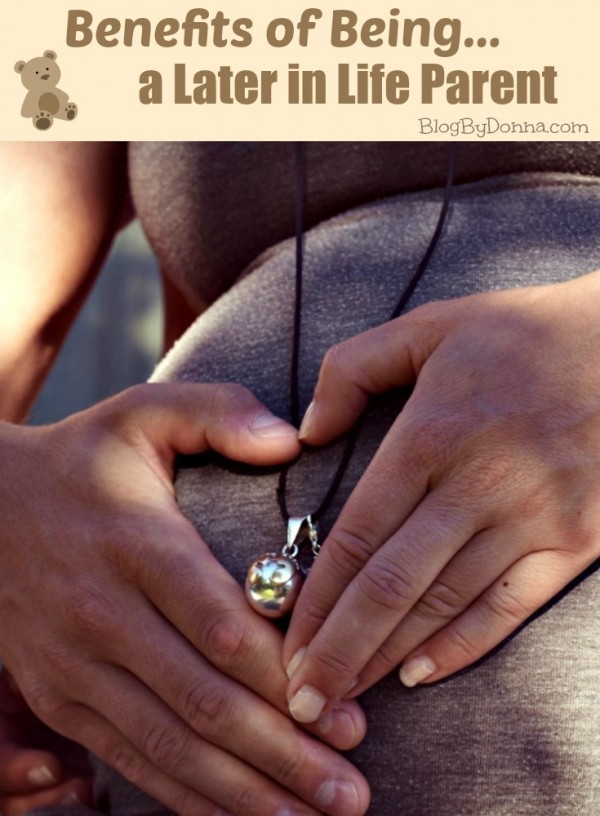 Why Wait to Become a Parent?

Take into consideration first that later in life parents seem to be increasing in numbers, thinking about the 30 year age category alone, they are rising faster than the number of teen pregnancies in the United States, this says something. So what is it that makes people wait longer to have babies?

Now that you have an understanding that the older you are, the more confident and secure your life is, what are some of the benefits to being a later in life parent?

Benefits to Being a Later in Life Parent

It really doesn’t matter what your age is when you first become a mom, being a parent is tough. Check out this post, What no one tells you about parenthood, to see what I mean.

If you are on your own journey of being a later in life parent we wish you much happiness and luck, don’t forget to think about these benefits you bring to parenthood and have fun feeling young again as you raise the next generation of adults.

I wish Janet Jackson all the best and I’m sure she will be a great later in life parent!

If you’re a parent how old were you when you had your first child? Do you wish you were younger or older?