Vapor on the Brain: A New Dangerous Way to Get Drunk

By: Donna Chaffins
In: Family and Health, Guest Posts, Parenting 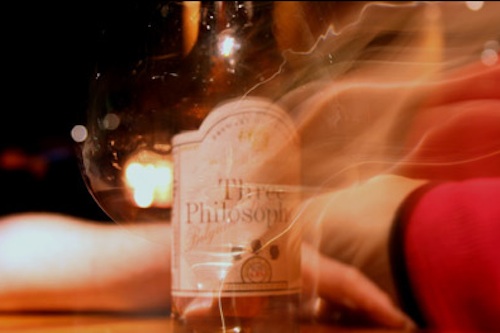 Are the days of chasing shots and chugging beer to get drunk a thing of the past? Drinking liquor isn’t the only way for your teen to get high now-a-days. In an effort to save calories, teens and young adults are engaging in a dangerous new trend known as “smoking,” inhaling alcoholic vapors as a means to get drunk. By pouring liquor in a glass over dry ice the vapors go directly to the brain and bloodstream.

Achieve a High without Drinking

“Smoking” is the latest craze sweeping the nation with young adults. Much to parents’ dismay, with the exception of dry ice, this activity can be done with ordinary objects lying around the home. For many, the use of straws or a bike pump and liquor are all that’s needed for quick buzz and results are immediate. Because teens have no way of knowing how much alcohol they are actually consuming, the results can be severe.

This new trend is fresh and exciting for numerous individuals, but the after affects are often not considered until much later. Many have grown bored with drinking alcohol the old fashioned way, and witnessing the circulated videos on YouTube, teens see this as an invigorating alternative.

Inhaling alcohol instead of drinking liquor may seem attractive to many users because of the way it goes directly to the brain and not the stomach. The feelings of intoxication may be shorter, but the results are immediate.

This dangerous activity may be considered ideal for those who are calorie conscious and want to get high, but don’t want to put on extra pounds to do so. This is also popular among alcoholics with a stomach lining that has become eroded from years of alcohol abuse. Inhaling liquor gives them an immediate buzz without them having to deal with problems related to their painful condition.

The human body is a master at protecting itself from demise. What kept most individuals safe from alcohol poisoning was the vomiting factor. However, inhaling liquor foregoes this natural protectant.

It’s also difficult to ascertain how much alcohol you’re consuming, so you don’t know the actual amount that is traveling through your system until it’s too late. In addition, your lungs and respiratory system can be severely damaged through this popular practice. Driving under the influence of “smoking” can be even more serious. Remarkably, just one inhale has the effect of several beers.

A few years ago, one company debuted a device, in New Jersey, that allowed users to “freebase” liquor for the nominal price of about $35. One New Jersey bar purchased the contraption as a way to offer alternatives to patrons, but shipped them back a few days later because of lack of performance.

The machine has since been banned in about 22 states, but the practice caught on, resulting in New Jersey DWI lawyer groups seeing an influx of DUI cases around the entire state.

As thrill-seeking individuals, most young adults and teens are always looking for the latest thing trending. Even though inhaling alcohol may seem like a much safer way to get high without getting fat, the outcome can be deadly.

Jamica Bell is a freelance writer and concerned parent to 3 teenagers. She contributes this article as a way to shed light on the dangerous practice of inhaling alcohol. Evan V. Levow is a New Jersey DWI lawyer dedicated to the defense of individuals charged with driving while intoxicated. Whether alcohol has been inhaled or ingested, Mr. Levow’s vast knowledge and experience has provided his clients with hope and peace of mind.