There are shows that have shaped TV, and there are those that have turned into cult followings. Exactly what inspires a show to influence such popularity varies. A group of highly dedicated fans identify (usually ironically) with a show that is considered eccentric, provocative, anti-establishment, or a comedic success. Five of the most influential cult TV shows include: 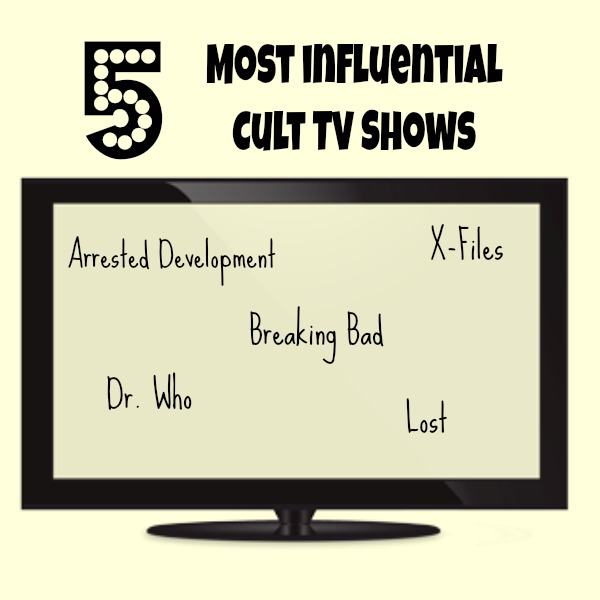 In this cult comedy classic, Michael Bluth is forced to run the family business in Orange County after his father is sent to jail for committing a white-collar crime. He struggles with balancing the demands of his bizarre, dysfunctional, and spoiled family while trying to maintain a positive role model image for his teenage son, George Michael. The massive cult following enabled its return after being canceled following the third season.

High school chemistry instructor Walter White learns that he has terminal lung cancer. When he realizes that his disease could leave his family with nothing, he decides to team up with a former student to try and make some extra money. Together they turn an old RV into a portable crystal meth lab. This show has become such a cult classic that you can even get Breaking Bad action figures.

The survivors of an airplane crash are stranded on a seemingly deserted and mysterious island. Each person conceals a secret and as the series progresses we learn that the island is constructed of a security system complete with underground bunkers and violent shadow-figures threatening their survival.

As special agents for the FBI, Fox Mulder and Dana Scully investigate unexplained cases referred to as the X-Files. The government attempts to convince them that everything they uncover is a lie, but they stop at nothing to prove the tagline of the show: the truth is out there.

This British science fiction TV program first aired in 1963 and is a significant part of British pop culture. Elsewhere it quickly emerged as a cult TV favorite. Over the seasons, different actors have headlined as the Doctor, who escaped from the planet Gallifrey in a stolen time machine. The transition is intelligently written into the plot because the Doctor can take on a new appearance and personality when his body is fatally wounded.

The Next Cult TV Show

What is the next cult TV show that will attract a fanatical following? The answer depends on both casual and devoted fans who want to depart from mainstream TV. The size of the audience is insignificant. However, loyalty and commitment are essential factors for the next unofficial cult TV show to earn its place in the ranks.