The t-shirt is one of the most ubiquitous items of clothing in the world, worn everywhere from the gym to the red carpet. Shirt suppliers and retailers around the globe produce them, making the shirt an international icon.

This common clothing item, however, has a rich history, a number variations, and many surprising trivia facts—let’s take a closer look.

The t-shirt originated around the end of the 18th century, evolving from traditional one-piece undergarments. These began to be cut in half, producing a pair of leggings and an undershirt. Many industrial workers or those in hot climates began wearing the undershirt alone, and soon they caught on as work wear.

By the sixties, t-shirts were the casual clothing of choice, and today everybody wears them.

T-shirts draw their name from the T shape made by the arms and body of the shirt. The most common shirts are short-sleeved, although long-sleeved variations also exist. Both rounded necks and V-necks are common.

T-shirts are popular because of their low price—good plain t-shirts can be purchased for only a few dollars, and they are often given away for free as an advertising practice.

Just about everyone owns a t-shirt—it’s one of the most common clothing items in the world. Over sixty percent of Americans say that they own more than ten t-shirts, and over 2 billion of them are sold each year.

Most people say that they have a favorite t-shirt, and a shirt that a person loves will usually be worn at least 23 or 24 times over its lifetime. A less popular shirt might only be worn once or twice.

T-shirts are almost always made out of knit cotton, which is actually very fine woven yarn. It takes roughly six miles of this yarn to make a t-shirt, and one acre of cotton can produce enough material for 1,200 shirts.

Absorbent cotton can retain more than twenty times its own weight in water, and it’s actually stronger wet than it is dry. Interestingly enough, though, t-shirts are also known for their ability to dry quickly.

T-shirts are one of the most common forms of personal expression today. Printed t-shirts first appeared in the 1930’s, but they are just as popular today whether they have a classic design, a designer name, or just bright colors.

A t-shirt is also one of the easiest fashion items, since they are comfortable and easy to maintain. They can also be worn with almost anything, making dressing well a snap. 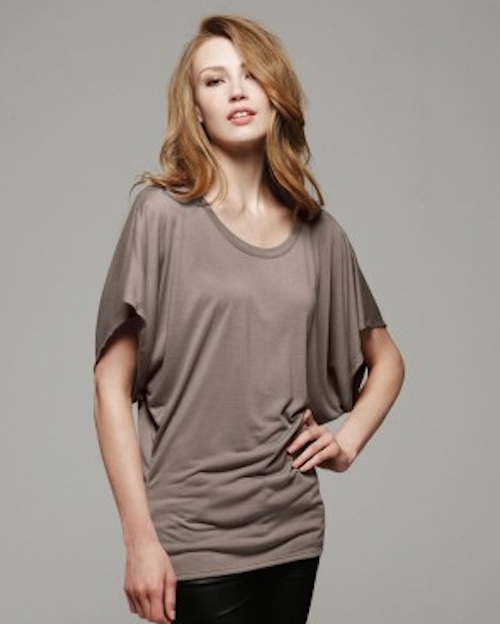 Plain t-shirts can be worn as they are, or decorated to match an individual’s style. There are many ways that a t-shirt can be decorated; one common choice is tie-dying.

This pattern was borrowed from ancient Indian dye techniques and became very popular during the hippie era of the 60’s. Other common choices include camouflage patterns and printing. A t-shirt can even just be dressed up with common accessories like a scarf or hat.

With a long history, interesting facts, and their ease of personal expression, t-shirts have rightfully earned their place in American (and international) culture. They’re versatile, simple, and fascinating, with timeless appeal and fresh new variations. It’s no wonder that these shirts are so popular.