Thank you to Ubisoft for sponsoring this post. Please click here to learn more about Ubisoft. I was selected for this opportunity as a member of Clever Girls Collective. #UbiChamps

Who doesn’t love super heroes? I know we love ’em. One of our favorite movies last year was The Avengers. My husband, my son, and I loved the movie. I enjoyed the movie for a different reason than they did… Thor. That’s all I’m saying.

My son loved pretending to be Superman, Spiderman, The Hulk, and Iron Man at different stages in his ten years of life.

So he was thrilled when I got Marvel Avengers: Battle For Earth for the Wii U.

The object of the game is to defeat all the Skrull. You become one of your favorite superheroes to save the world. You can play with friends or against the AI. There are over 20 characters to play and not all of them are superheroes. My son actually liked playing as Venom, as well. <insert rolling eyes —->here). 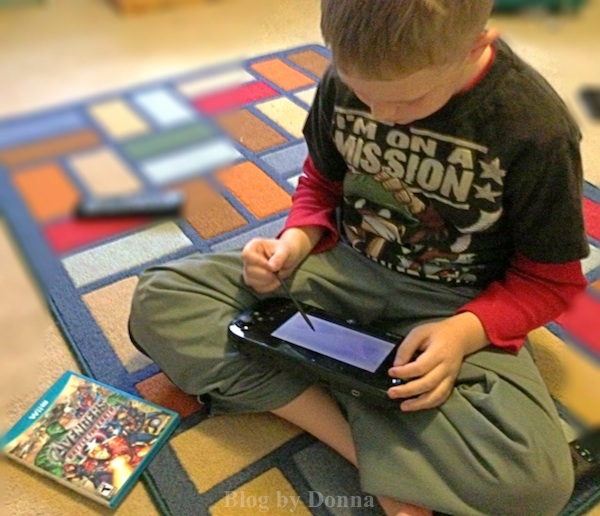 There are lots of power ups in the game, which my son loved. However, he said that he found the game to be just a bit boring. He says it was repetitious (his word)… not much variety from character to character. Because of this he gives it a 3.5-Star on a 5-Star scale.

Note: He also says that the player using the Wii U tablet itself, is at an advantage. It is easier to use the stylus and tap faster then it is to use a controller to press the button.

This game is rated T for Teen, and yes my son is not a teenager, yet, but we felt if it was okay for him to watch the “Superhero” movies, he could play the games. Besides, he doesn’t play them without supervision. And as I was telling my husband, he reads books that are on a high school level.

In conclusion, my son says he thinks both boys and girls will like playing Marvel Avengers Battle For Earth, because who doesn’t want to save the world?!?!

You can buy Marvel Avengers Battle for Earth on Amazon for $40.99.

Disclosure: I received a copy of the game to facilitate my review. All opinions are my own. I only work with brands/companies/projects I love.