iAdventureGames: An Interview with an app developer 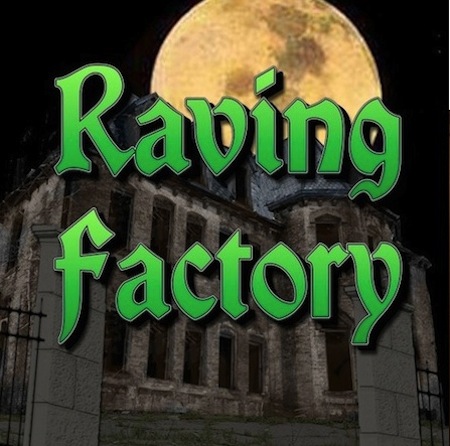 For a change of pace, I thought it would be interesting to
take a look at a very hot and trending aspect of today’s technology that I
normally don’t cover on Blog By Donna – and that is the veritable subculture of
all things apps. To be more exact, I wanted to look at the development of an
app and what it took to produce a title for general consumption.

Luckily, I happened to be married to someone who is
intimately familiar with the process, seeing that he creates apps for the App
Store. While development details are normally not something we discuss in
depth, I was able to corner him for a good sit down discussion. I hope you find
it as entertaining and informative as I did.

BBYD: How long have
you been developing apps?

GC: Well, I have been doing software development for over 20
years, but specifically apps for a mobile market I produced my first commercial
title in 2006 for the Pocket PC, then the “Hot” item. That tile was
TerraSatPix, a GPS enabled mapping app that allowed the user to zoom in on
practically any location and featured such things as on screen measuring and
tracking. From there it moved to the iOS ecosystem, and I have been more or
less happy playing in that sandbox since. I first developed under the “Pockster”
name, but now I do a lot of adventure game titles under “iAdventureGame”

BBYD: Your latest adventure
game title, Raving Factory, has recently been released. What were the
challenges involved in writing such a title?

GC: Well, Raving Factory is the second in a planned series
of adventure games based on an original character, Doctor Raving. The first
game, Raving Manor, was unique in that I had the idea of creating a comic-based
adventure for the iPhone (the iPad was not out yet).  By the time I had gotten to its successor,
the iPad was here and it seemed to be a natural course to support both the iPad
and iPhone. Especially since the iPad offered a new paradigm to explore. 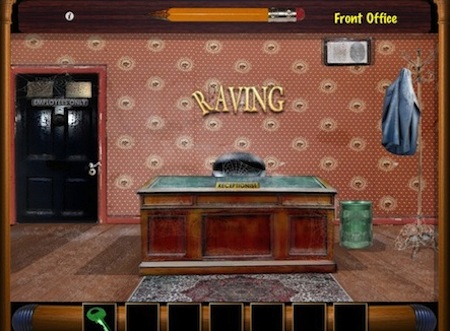 BBYD: What do you
mean the iPad as a new paradigm to explore? Isn’t it the same basic interface
as an iPhone?

GC: Well, not really.
The larger size of the screen allows the developer to do things that you
really can’t on the iPhone. I had wanted to make an adventure that puts the user
more “into the game” than I had in the past. To that end, Raving Factory has
dedicated screens for such things as door handles, safe combinations, and
puzzles with directly manipulated pieces.
Instead of controlling by proxy, you virtually touch the items as you
make your way through the game.

The game was first completely built for the iPad, and tested
for effectiveness. After I was satisfied with the outcome, it was then ported
(for lack of the a better word, it is the same app) to the iPhone side. The
interface components were re-worked to fit on the smaller screen, and while the
resolution itself was close with the Retina screen, certain items had to be
changed to fit for both viewing practicality and easy finger manipulation.
While it worked out great in the end, I do believe that the control screens
would have been different if they were originated on the iPhone.

BBYD: I notice you
use the word “I” a lot in discussing the development of Raving Factory.  Exactly how many developers were involved
with the app?

GC: Ha! Well, as you well know, there was a working force of
exactly one. But that does have its advantages in that I had both the overall
project view and the macro view as required.
But it can also be a challenge in that you have to wear a lot of
hats.  For example, one part of the day you
can be knee deep in Objective C, and after lunch you have to become a graphic
artist for the project’s needs. Add to that the post coding chores of testing
and marketing, and it quickly becomes an exercise in multi-tasking.

Of course, I did have some help in testing from you, and
Cody was a treasure trove of ideas about plot, even if some could not be
practically implemented in the project’s timeframe [laughs].

BBD: What do you like
best about Raving Factory, and what would you change for a future title?

GC: Well, I do like the way the game turned out. The point
and click style adventure works great on the button free paradigm, and the
approach gives the game a sense of presence, more like you are there.  The videos that play when certain events take
place are a nice touch, and add to the player’s experience.

For the future I do have an idea or two, but I don’t want to
give away too much. I will say that I like the point and click interface and
the freedom it gives you, but I want to expand upon that with the inclusion of
on screen characters.  I think it would
add to the experience of the game by having such a virtual guide, if you will. 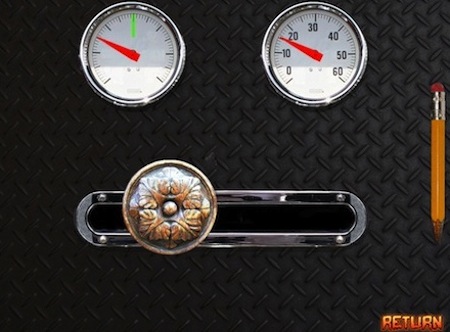 BBD: That sounds very
interesting, something to watch out for. Is there anything else that you would
like to say about Raving Factory?

GC: Well, naturally I could talk about miniscule details and
design tradeoffs for an uncomfortable amount of time. But if I had to say it short
and sweet, I would like to encourage users to give feedback on a game, both
good and bad. Reviews on the App Store are always great, and if they are
positive it directly relates to sales.
But something as simple as an email is priceless to an independent
developer, and such feedback will be considered on future titles.

Also want to remind everyone that hints for all of my
adventure games can be found on the website , and if that doesn’t work for you
I have a dedicated email address, [email protected], just for such problems.
In fact, many of the hints on the website are there because someone asked for
help. Being this close to the project, it is often difficult to be completely
objective on what needs a hint and what doesn’t. But adventure gamers are the
best, and the questions they ask are definitely worth their weight in gold to
an independent developer.

BBD: Well that
concludes our interview with Greg Chaffins, owner of iAdventureGames and
creator /publisher of many adventure game titles. Perhaps you would be willing
to do another interview after the next title ships?

GC: Now how could I possibly refuse? <grin>

For more information, the iAdventureGame website is http://www.iAdventureGame.com. You can
also find Raving Factory on the Apple App Store.  And I can find Greg in his office, working on
the next great escape.