High School and Hazing: Is This a New Normal for Our Kids? 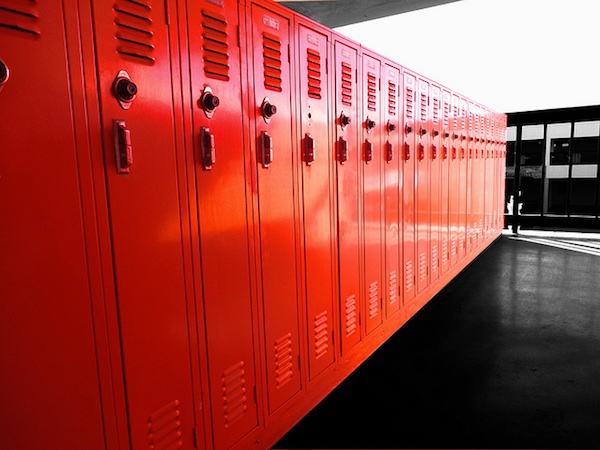 Hazing is no longer about a harmless college prank as a means to get into a particular club, sport or organization. Hazing is now a regular occurrence in high schools and has included three styles that include harmless, harassing and criminal behaviors. Unfortunately, until coaches, teachers and parents stop looking the other way, this abhorrent trend won’t go away.

Hazing is an activity that is meant to demean, degrade and humiliate an individual who would like to join a group, sporting event, or organization. Regardless if they are willing to participate, the initiation process is typically performed by higher ups in the group.

Once thought to be solely a college prank, hazing is now reaching children and high school age young adults at an earlier age. This form of abuse can cause physical and emotional harm to an individual. In worse case scenarios, some unknowing victims have been injured or died. Hazing is especially popular with wrestling, baseball, cheerleading, football and basketball teams.

Why Does Hazing Still Exist?

Parents, teachers, coaches, and school administrators allow hazing to go on because it was once thought to be a harmless ritual. Sadly, hazing in high schools around the states have gotten out of hand and countless victims are suffering needless injuries and even death. Not only must this tradition be met with zero tolerance, students need to speak up and report it to someone who will listen.

High school hazing traditions have been found in many sporting and social arenas today. The news and media have documented a number of cases that included high school bands, honor students, athletic teams, cheerleading and social organizations. Some common examples include the following:

As a part of the ritual, high school students rounded up eighth graders and brutally paddled them. The beating was captured on videotape and showed the high school students kidnapping the innocent victims, forcing them into a car and driving them to a desolate wildlife conservancy for the beating.

The victims were pummeled with pieces of lumber, causing injuries to the student’s legs and buttocks. One individual was injured so badly he needed to be transported to the hospital for treatment. “Freshman Friday” is a typical tradition and touted by many students as a common occurrence that most students expect to undergo.

Getting the Word Out

This recent New York case of abuse is just one example of the dangerous increase of high school ritual initiation incidents. With the influx of group abuse on the rise it is imperative to get the word out. A great way to bring attention to this phenomenon is to have medical professionals or an attorney New York NY based firm to launch a campaign against the crime of hazing.

These representatives could be guest speakers at local high schools and community centers around the city. By having doctors and attorneys explain the legal aspects of hazing, as well as  the various types of injuries ER doctors and nurses are seeing on a regular basis, parents can become more informed about these new dangers to the kids in their community. This is one way to get more parents and educators actively involved in hopes of curbing this violent behavior.

Hazing at any age can be a serious physical and mental form of abuse, and the consequences are becoming quite severe. This especially holds true if a serious injury or fatality has occurred.

A major part of the problem is the lack of understanding regarding this practice and how it’s seen in the eyes of the students. Many individuals with power, such as parents, coaches and administrators, fail to confront the behaviors because they have been going on for so long and are seen as a tradition.

In reality, hazing is a form of brutality and abuse, and high schools and colleges can get involved by implementing an anti-hazing campaign as a form of prevention.

Jamica Bell is a freelance writer and blogger relating these facts about recent injuries in high school hazing. David Perecman is the founder and partner of an attorney New York NY based firm. Mr. Perecman has fought relentlessly to defend countless personal injury victims and their families for over 30 years. His experience has earned him numerous awards.