By: Donna Chaffins
In: Around Town, Celebrity, Fun, Reviews

Remember in mid-October when I said we were going to the Hollywood Wax Museum in Pigeon Forge during my son’s fall break? I know, it seems like yesterday, and now it’s December. Where does the time go? 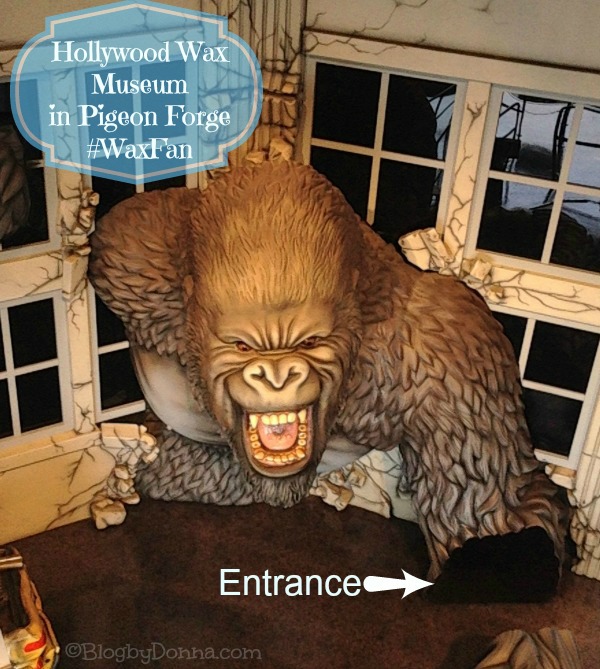 The Hollywood Wax Museum is interactive. And let me tell you, I (and my son) interacted. My husband was the designated photographer for the day. Thanks, honey!

Check out some of the photos to see what I mean:

And some of my favorite exhibits were the horror and creature section. Everyone that knows me, knows I’m a huge horror movie buff. Hollywood Wax Museum did not disappoint, either. Here are a few of my favorites:

We took so many more photos and I had a hard time deciding which ones to share with you, but I think you can see we had  great family fun time. I never realized wax museums could be so entertaining… Hollywood Wax Museum (at all locations) was designed for interaction. They don’t want you just walking by looking, they encourage you to walk into the open sets and take advantage of the photo ops.

If you’re looking for things to do in Pigeon Forge, I highly recommend visiting the Hollywood Wax Museum. It’s a great attraction to add to your family vacation.

I was selected for this opportunity as a member of Clever Girls Collective and the content and opinions expressed here are all my own.