The Art of Pretending to Let Your Son Win

By: Greg Chaffins
In: His Lifestyle

I remember the glory days back when our son was very young and his father (that’s me) could beat him in any sport or game. At that time I was wisely pretending that he won a few because that’s what you do when you are trying to build up self-confidence in your young son. 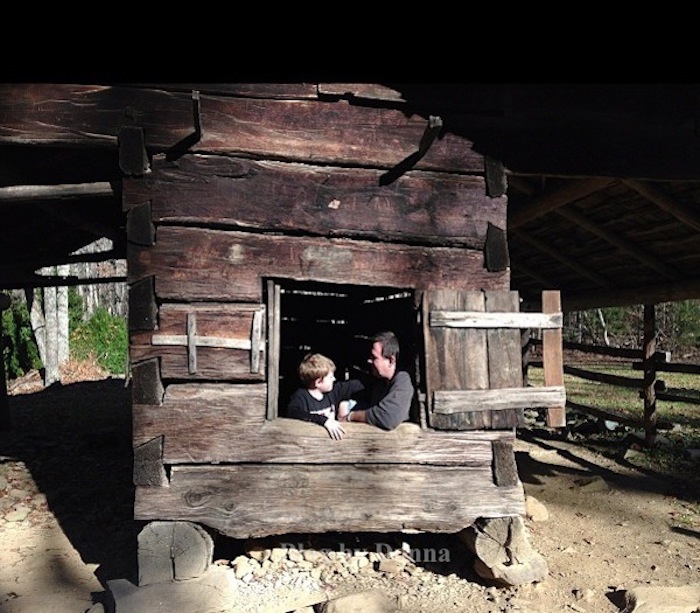 Now, you may have noticed I use the word “wisely” in the above paragraph. This is not because I think I’m particularly wise (I’m not), but rather because that is how it worked out. You see, I have kept up the illusion of letting him win a few on purpose, and now that he is soon to be 15 years old, he thinks that is still happening.  But that is just not the case.

The Art of Pretending to Let Your Son Win

Nowadays when he wins, he actually beats dear old dad.  I mean, I am trying hard to kick his butt –  as a token of my affection, of course. Just recently he wiped the floor with me in Halo, and it was all I could do to remain calm and compliment him on his win.

I do think it was through slightly clenched teeth as I told him about how much he has improved and how he is using advanced tactics as they should be used. These are the same types of lines that I have used countless times over the years, but now they aren’t just lines. Heck, at this point I am secretly taking notes and trying to figure out how he did that.

It isn’t just in video games that his mastery has surpassed mine, and I find myself on the losing end of the match more often all the time. In a friendly game of horse, I am spelling out the whole word before he even has much as the first letter of the word, horse. I’m telling you, it’s getting hard to put on a humble fatherly face and tell someone that they have improved and they almost got you for real when you can’t hardly even catch your breath. Pretending to lose, when you’re really losing is an art. 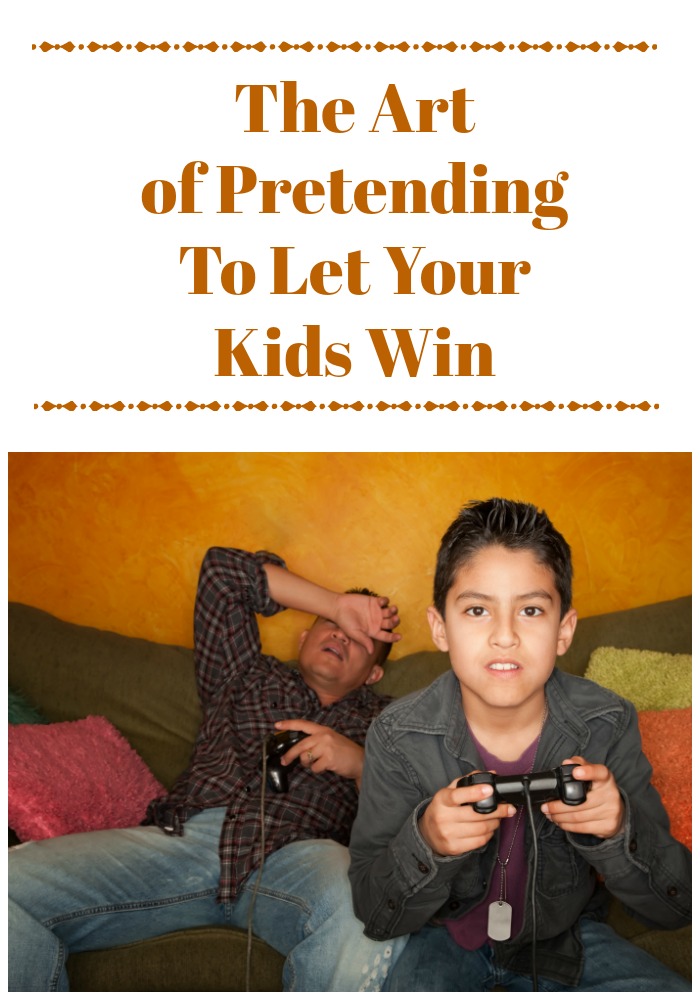 I think the secret is safe for now, but I have my suspicions. At the last showdown, I could tell that he suspected there was more going on than just advice from a tired dad. Perhaps my weary, defeated, and lifeless eyes let something show that the gig was up. Or maybe there was something about how I needed a few moments to catch my breath before I could form a complete congratulatory sentence.  It is getting hard to keep up the charade. 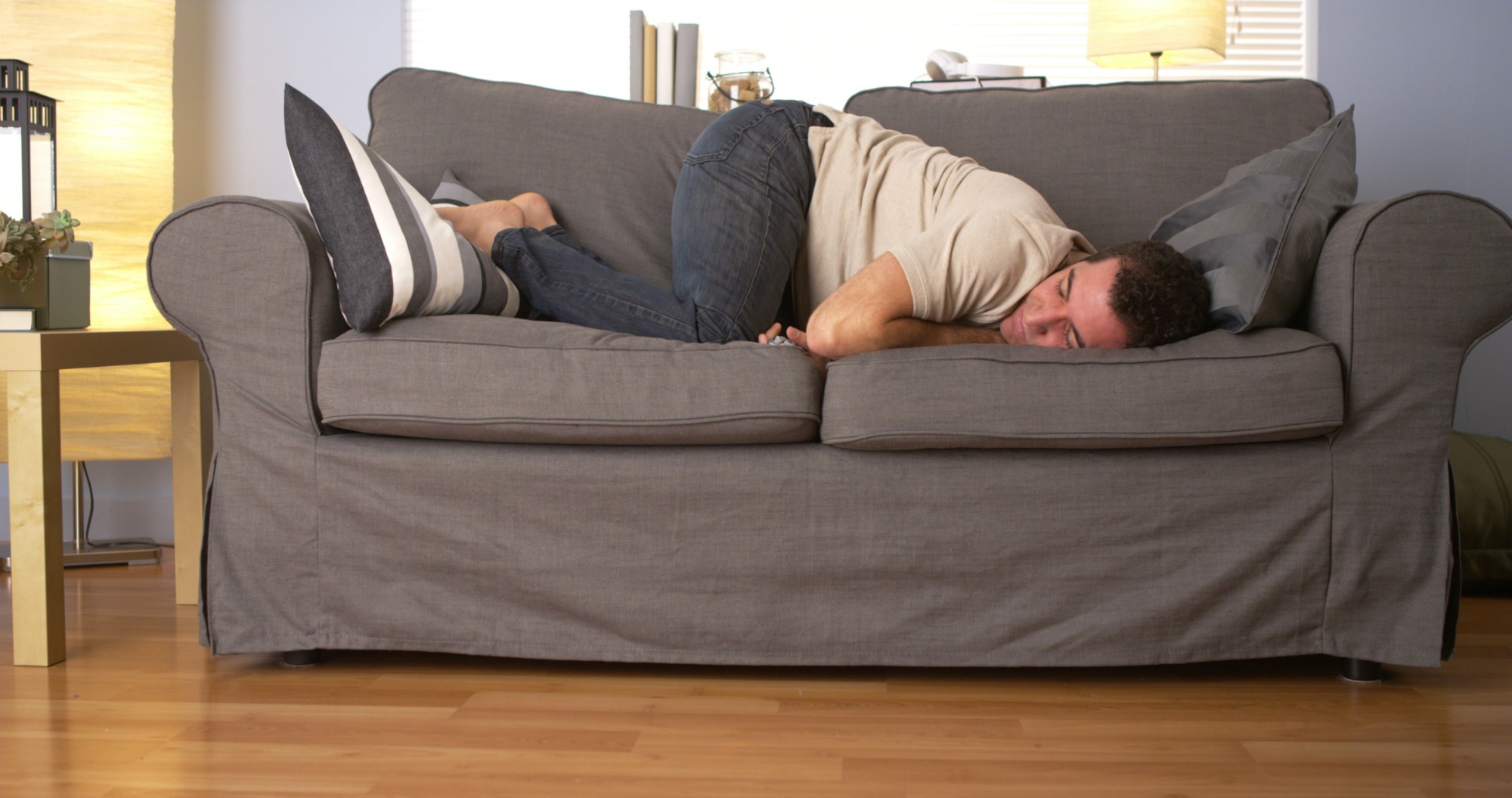 Of course, the good art of pretending sometimes requires the artist to suffer in its creation. And with the tales I am currently spinning just to save my own pride and with the effort required to remain composed, I am sure that pain is part of the equation.

I don’t know how much longer I can carry on this rapidly diminishing artistic act. In fact, I suspect that he already knows the truth, and after winning for the 10th time in basketball it just might be that only someone really naive would believe that I am letting him win. And if Cody is anything, he is not naive about such simple things.

Which leads me to only one conclusion – perhaps it is possible that the only real art going on here is in the way I have tried to remain blissfully unaware that my son knows he is besting his dad.

As I say it, I realize that statement has a ring of truth to it. Maybe I should go level with him right now that it is all a sham, an act, and he is now beating me in several of our competitions. Maybe I should be the one to man up and admit this. Maybe I should just stop pretending.

Then again, being a dad comes with certain privileges. One of those, I am certain, is to simply ignore the facts when it comes to these kinds of things. And that is what I am going to do. After all, if he does know he is actually winning and being cool with it, then I have done an excellent job as a parent. And that, no doubt, is the greatest art of all, accident or not. I’ll gladly take it.

nerdbeach.com
2017-11-04
Previous Post: Healthy Hangover Hacks to Know This Party Season
Next Post: Get Back Your iPhone X Home Button With This Hack