5 Bizarre Trends That Must Never Catch On

Every now and then, we encounter someone wearing something so mind-numbingly awful it triggers a kind of Pavlovian response, forcing us to push them into oncoming traffic. These travesties are not simply your average fashion disaster, but stem from something far more heinous; a complete and utterly misplaced desire to be a trendsetter.

If you have the misfortune to meet anyone wearing any of the following, do the gene-pool a favor and eliminate them from it in the swiftest way possible. 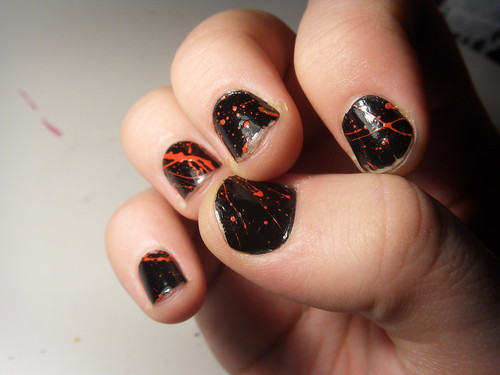 There are only three situations in which it is remotely acceptable to be male, heterosexual and wear nail polish: you’re a hard-as-nails rugby player dragging up for your mate’s stag-do; you’re fourteen and trying to be rebellious; or you’re Russell Brand. Anything outside of these narrowly-defined limits requires you to surrender your testicles and start referring to yourself as ‘Davearella’. Would you wear lipstick, blusher and mascara? Then don’t wear Alpha Nails you massive tool. 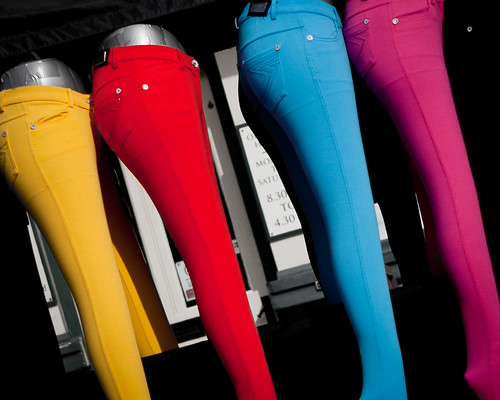 Jeggings are God’s way of saying he hates us. Having looked down from on high at his imperfect creation and witnessed the decadence that is modern life, he decided to rid the world of us and start over by ensuring no-one would ever want to procreate again. Scientists agree this is the most plausible explanation for the existence of an item of clothing that is neither jeans nor leggings, but an unholy fusion of the two. On a woman they are hideous. On a man, strolling down Shoreditch High Street in a blissful haze of hipsterdom, they are nothing short of an abomination. 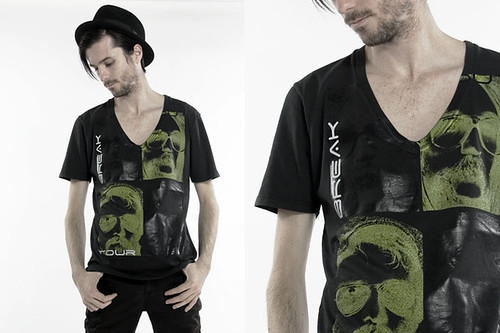 There is a reason women don’t drool over male cleavage in the same way men drool over theirs. Male cleavage is, at best, spectacularly boring and, at worst, a hideous sweaty tragedy that should never see the light of day. Showing off your chest in public does not make you look hard. Going to the gym for several hours every day, taking up UFC as a pastime or being Danny Trejo in Machete does. Dressing like a rebooted Baywatch character on loan to Geordie Shore makes you look like an idiot. 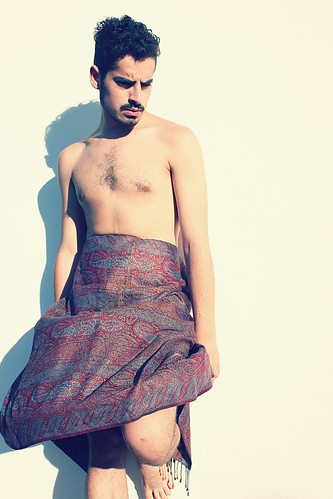 The only reason you’d ever make fun of a Scotsman in a kilt is if you’d decided you had far too many teeth and could stand to lose a few. Not so anyone wearing a male skirt.

Designed by wannabee rebels for wannabee rebels; the male skirt manages to both emasculate the wearer and make them look like a nonce. Maybe it’s just us, but we can’t help but think the wearers are acting out a mental fantasy involving them as Tony Curtis in Some Like it Hot; specifically the part where he gets to infiltrate Marilyn Monroe’s dressing room (followed by Ms Monroe herself).

Except even in drag Curtis exudes machismo; while all these guys manage to exude is the stench of failure.

Look, we all wore stupid stuff as teenagers. Trying to find your identity in awful clothing is a massive part of growing up; whether you throw on black everything and go full goth, or buy a top hat, vintage cane and monocle and embrace Victorian retro like no-one’s embraced it before. Yet we refuse to give Seapunk a pass. Because it started as a twitter-joke, makes the wearer look like a corpse hauled out the briny depths and has this man as its public face.

As music-inspired fashion disasters go, it’s right up there with Falva Flav; and yet it’s catching on. Why? God only knows. All we can do is pray very hard it doesn’t take off.

Avoid buying into bizarre trends like these – visit FeelUnique.com’s women’s perfume department for a timeless scent that will never go out of fashion.

blogbydonna.com
2013-01-02
Previous Post: Mamavation Monday – My Pledge #mamavation
Next Post: Can iPads and other tablets take the place of teachers?