Will Playing With Dolls Affect Your Childs Future Self Esteem

Most children at some point in their life have owned and played with a doll, whether a rag doll, or the ever popular Barbie Doll.  For many years psychologists and other professionals have tried to analyze whether playing with dolls has or will affect your child’s self-esteem.

Today, this topic is still controversial. Some studies have been actually done to determine whether playing with dolls had any effects on a child’s future self-esteem. As a parent you’re always looking at ways for your child not to be vulnerable.

Some may argue and think that the Barbie doll as an example was created to inspire young girls to be doctors, or lawyers, as those types of dolls were produced. While others say that the overall look of the doll can affect the child’s self-esteem because they want to look like the doll and later in life become obsessed about certain things they are unhappy about on their body and do everything it takes to look like the Barbie they once played with from surgeries to eating disorders, etc. 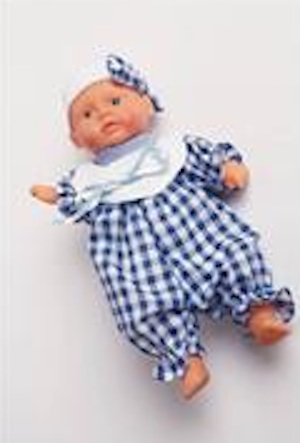 On the other hand there are dolls such as the American Girl Dolls that depict certain historical periods and their characters and values. These dolls come with books that teach young children certain values such as the importance of family, friends, giving,

caring and compassion. Through these characters, children learn about how it was growing up in the past and are able to compare it to today if they continue with their collections.

Some parents don’t allow their children to play with the dolls to protect them from certain psychological and physical damages that may occur in the future. On the other hand there are those parents that will buy their children anything just to keep them occupied and not realize the impact it may have on the child in the long run. 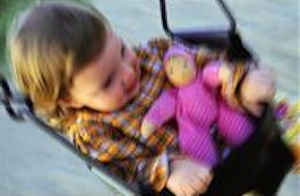 On the extreme side, there are those parents that actually support having their children look like a plastic figure and love watching their children dress up and put on makeup and high heels. Even though this may be considered pretending and perfectly innocent, parents fail to stop and think of whether there might be long term consequences and effects as the child grows older. This can lead to dolls for girls receiving as much criticism as they do praise for their impact on children growing up and on society in general.

Again it’s up to the parent to monitor and limit the level of play and activities with any doll and not have their entire childhood revolve around the doll.

It is very easy to forget, among the controversy and variety of opinions, that, as playthings, dolls actually have much value when it comes to children.  Parents who engage with their children during playtime can help to direct how they feel and react, and use dolls to promote social and emotional development, in addition to any other learning benefits, as opposed to materialistic concerns including how they look.

Yes, playing with dolls can affect your child’s self esteem, but it is important to recognize that this can be for the better, not just in a negative manner.

Kate is head of a local charity as well as an independent CPA. In her spare time she loves collecting dolls for girls. When not working or adding to her collection, Kate loves spending time with her grandchildren.