“When I was your age, television was called books,” wrote William Goldman in his book, The Princess Bride. A few years back, instead of spending hours playing video games, we played basketball, soccer, kick the can, tag, hide and seek, hockey, archery, skeet, and fishing; maybe even tennis, racquetball, gymnastics, swimming, water-polo, or volleyball. We didn’t buy software cartridges; we purchased shoes, swimsuits, and athletic gear. And we didn’t get fat until we sat down with our kids to watch television and play video games. 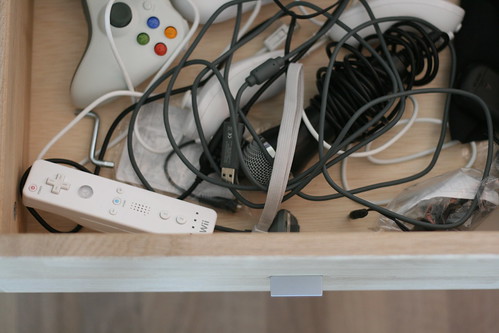 That’s right moms and dads. Video games are destroying the children of America because of you. It’s not like these kids are sneaking around; they don’t need to sneak behind the shed. They do it right in your den; right under your nose. Of course, it was dad who insisted on the giant big screen and the best video player. (X-Box, of course.)

You are certainly surrounded by high tech gadgets, which is maybe why you have forgotten what your parents did. Have you? Remember how your parents made you turn off the TV and go play? Thirty years later, however, you use TV and video games as babysitters; but then, so do all the parents in your neighborhood.

Can It Be Considered as Bonding?

“Mom, can I go to Johnny’s house to play football?” “Sure,” you say. Your daughter then spends the next three hours sitting next to Johnny playing Madden Football. She is awesome at football! Score one for equal rights. Then, she comes home and plays for 3 more hours with her brother as they slay alien species that are out to take over the world. Hey, it’s a Friday night, right? Finally, your kids invite friends over and watch Netflix until 3:00 am while raiding your pantry and refrigerator every now and then.

Saturday, your kids are comatose. It’s supposed to be the day to be together as a family, do some chores, get the shopping done, and then have fun together – and your kids look like they might need breakfast and lunch in an IV. You mutter under your breath, “That stupid TV and video console! I wish we had never bought them.”

Relax. Televisions and video games are not the enemy any more than a fine Bordeaux with prime rib isn’t the cause of alcoholism. Moderation of course is the key. Just like you shouldn’t let your teenager drink alcohol without some guidelines and supervision, screen time needs some boundaries. (OK. I was just seeing if you were awake with the teenage drinking comment.) The average teen spends 50 hours of screen time per week; equivalent to a full-time job plus 10. Moderation was exceeded long ago. Not only is screen time a brain drain, kids are dying of maladies caused by sitting in one place for hours at a time. Extreme cases include a 15 year-old boy who collapsed after playing “Call of Duty: Modern Warfare 3” for five days straight.

Setting Boundaries and Getting Professional Help

The solution to this issue concerning teens is the same as it has always been; you need to set boundaries. Establish some rules, guidelines, and restrictions. In case your teen’s problem is more serious than you thought, take him to a camp for problematic teenagers. Well, this is not always how things should turn out, but you do have to play the bad guy if you need to. It will also help if you introduce your child to books besides The Hunger Games or Twilight. Play sports with your child. Sure, you’re fat; so, this will be good for you as well. Then, play a video game with your child. Set the timer and follow it. These games are addicting after all.

Claire Smith is a freelance writer. She is also a nurse whose specialty is psychiatry. She blogs about the struggles and common problems faced by today’s youth. She also writes about coping mechanisms, therapy, and wilderness camp for troubled teenagers.