Punishment For Children, Is It Acceptable? 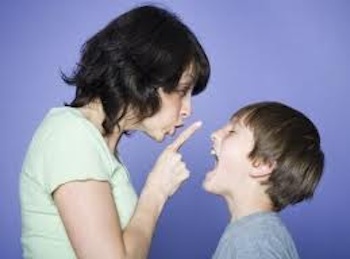 Punishment for children means using an unpleasant method to chastise a child for doing what a parent does not want them to do. It usually involves imposing something children do not want or taking away something that the children like. Some parents have the erroneous belief than once they have punished a child, they will change and that the child will not misbehave again.

What they do not realize is that when a child has been punished already, they will feel that they have paid for the misdemeanor and is now free to do it again.

The four kinds of punishment for children are physical or corporal punishment, verbal punishment, withholding rewards and imposing penalties. Physical and verbal punishments have never been considered as effective ways of disciplining a child. A spanking is physical punishment. Even if it does not leave permanent physical damage, it gives the child the idea that physical violence is an acceptable solution to a problem.

Imposing physical punishment is more of a parent’s way to relieve frustration and not to teach a child discipline. Whereas, verbal abuse or punishment diminishes a child’s self-image.

Penalty and withholding rewards are considered effective punishments for children as well as discipline tools. Penalty punishment is imposing some sort of a fine for a misdemeanor. An example would be when a child breaks a bowl during a tantrum; the parent withholds allowance for the next day to “pay for the bowl”. Imposing fines not only teaches the children the value of money, but also emphasizes to the child that any bad behavior will not be tolerated. Another disciplining tool is the withholding of rewards punishment.

A classic example of this would be a child who failed to do their homework and a parent prevents them from watching television for a week or until they learn to do what they need to do first.

What punishment for children does is to teach children that if they misbehave there will be negative consequences. It does not really teach children why there are rules, the importance of rules and how they have to behave according to the rules.

Neither does punishment teach a child a sense of responsibility nor respect for the rights of others, whereas, discipline is really teaching a child to be a better person. Discipline always imparts lessons that will help children understand what the acceptable behaviors are, and why they are accepted.

Why Punishment Is Not Acceptable ?

Physical and verbal punishment for children does not work and is not at all acceptable because punishment makes the child hate themself and others, especially their parents. It destroys a child’s self-worth and makes them think that there really is something wrong with them to be treated awfully.

If children believe that they are not good, then they will act accordingly. Or they will do what needs to be done because of fear, not because it is what is right to do. Punishment frees children from repentance or remorse, which is the number one requirement for not repeating the bad behavior again.

Jessica is a professional mommy blogger. She currently writes for Mommy Edition, a site that focus on topics such as pregnancy, parenting, children, relationships or any subject matter in relation to mums.