Is this your idea of Gluten?

By: Donna Chaffins
In: Family and Health, Food, Guest Posts, Health and Fitness 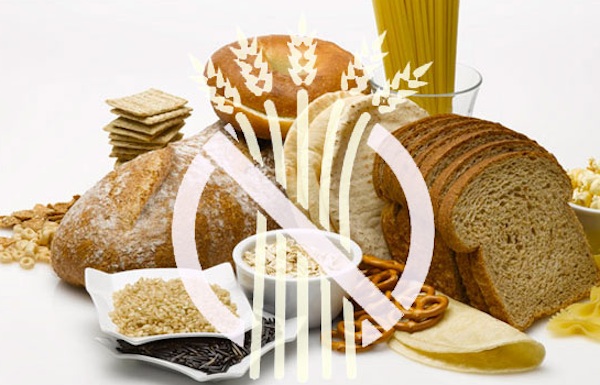 You’ve heard it all: the good, the bad, and the ugly. You’ve heard how gluten is bad and the evil twin of sugar. But did you know that gluten is also unavoidable like sugar? Really! Gluten isn’t all that bad if you know all that there is to know about it. Here, let me help you to settle and rest your fear of gluten for good.

Dr. Arthur Agatston is an expert on gluten. He wrote the bestseller book South Beach Diet series and just published a new book called, The South Beach Diet Gluten Solution. There are 5 points he made that can take myth out of your mind about gluten:

You see. It wasn’t all that bad, was it? Still… it’s good to know a thing or two about what gluten is in essence.

Gluten is basically a combination of gliadin and glutenin, two proteins found often in wheat, barley, and rye plants. There have been some fears about a gluten-free diet in the past, such as a potential loss of B-vitamins, iron and fiber, and the carbohydrate energy.

However, the research over the years confirmed that there need be no such worry. It actually shows that a gluten-free diet can indeed increase energy production, improve vitamin and mineral absorption, as well as your immune system and hormone balance.

So what do you think? We all run out and eat gluten-free food only, right? Not really. Well… Sort of.

Health.com recently published an article on how people make mistakes on going gluten-free diet. It can cause some havoc if you don’t know what you’re actually avoiding.

One of the common mistakes you can make is that gluten-free is the same thing as wheat-free. Not so. Nor does it mean you load yourself up with gluten-free junk food. It also doesn’t mean an automatic weight-loss as though you can ignore the rest of your diet.

In fact, there are certain foods that you may have never thought contain gluten. Not just food, but even certain medications contain gluten or some vitamin supplements. People with Celiac condition must be very careful on what has gluten and what doesn’t. But even for ordinary people, it is a good thing to know gluten can be found in some unsuspecting food apart from the obvious such as breads, cakes, or beer.

Some of the unsuspecting gluten-ridden food sources are soy sauce and pickles. Wow, really?? Yes. It is the process they go through; for example, soy sauce is mixed with wheat while pickles with malt vinegar which in turn is from barley.

Or, how about those veggie burgers or hot dogs? They both contain wheat gluten in their petty or sausage. And then there is the salad dressing in which the thickening agent often contain gluten. Oh, don’t forget the junk food such as those chewy licorice or flavored potato chips.

If you check their ingredients, you will find that licorice is dressed up with an added wheat flavor while potato chips are processed with flavors such as wheat, barley or rye.

The bottom line? It is Okay to partake of some gluten. You just need to be aware what you are eating and how much. There is nothing like a healthy diet. Be sure to learn about gluten, and be in control. Then you will have nothing to fear about gluten.

Author Bio: Rick Rockwell is a self-employed personal trainer and experienced freelance writer. His articles have been published throughout the Internet. He has more than eight years of experience as a certified personal trainer, group fitness instructor and lifestyle coach. He is also the Content Manager for Apppicker.com and Chooseterm.com.