ID Theft And Your Teen: What You Need To Know 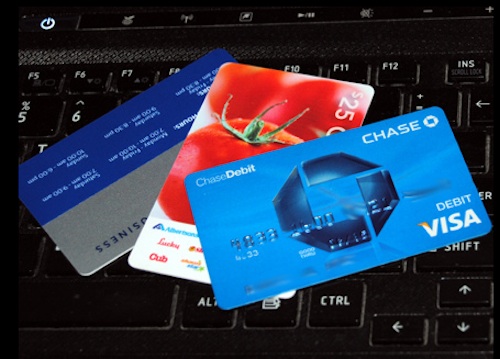 Over the past decade, identity theft has become one of the fastest growing crimes in the country. Thieves use credit card information and social security numbers to have access to existing credit and also to apply for more credit in the name of victims. In fact, the IRS has estimated that over 400,000 people each year become victims of identity theft tax fraud alone. Unfortunately, teens who have become technology savvy are sometimes the perpetrators of this crime.

Identity theft takes a number of different forms, such as using another person’s driver’s license, private identifying numbers, credit cards, mail or other personal information for the purpose of:

Whether the teen is charged with crimes based upon Internet, mail or other fraudulent theft, only experienced attorneys can analyze the evidence to provide parents with the kind of guidance they need to choose the best legal options for each situation. As noted by a firm of Houston criminal defense attorneys, “The digital age has made simple pieces of information like a credit card number, Social Security number, and other personal details worth an almost immeasurable sum. As a result, the law’s standards on identity theft have increased substantially, prosecuting individuals over a variety of different charges.”

At times, teens who are charged with identity theft could have made an error or are victims of some type of misunderstanding. Also, teens usually lack financial knowledge and are unaware of how their activities can impact themselves and others.

In other cases, there are economic reasons that teens may turn to identity theft to solve problems. For instance, teens finding themselves in difficult financial situations may turn to this crime as a means to solve those problems. Also, peer pressure to have the things that their friends and others possess can drive them toward doing whatever it takes to get those things.

As a result, teens may be arrested for all types of reasons, including being victims of circumstance, having an association with the wrong crowd or simply being in the wrong place at the wrong time. Unfortunately, in these cases, teens may be charged with adult crimes and receive the same types of charges and punishments as adults.

All kinds of burglary, theft and robbery charges technically fall into the legal category of larceny. As such, identity theft classifies as larceny, each charge carrying serious penalties. The different kinds of larceny are defined according to the manner by which the larceny was committed. For instance:

The charges for larceny crimes committed vary according to the severity of the crime, for instance, whether weapons, violence, tools or other aggravating factors were involved. Also, a past criminal record can play a major factor in determining not only the possibility of conviction, but of an increased sentence.

Teens who perpetrate identity theft crimes not only face severe criminal charges, but could do jail time and end up with a criminal record that follows them for the rest of their lives. This could impact their ability to go to school and obtain gainful employment. In addition to their own risks, teens who engage in criminal activity affect their loved ones and family in very negative ways.

The time and expense it takes to defend their cases and deal with all of the other factors of their crimes can produce a lifetime of discord in a family.

Any teen who is charged with larceny due to identity theft faces very serious charges. Only an experienced criminal defense lawyer can examine the case thoroughly, review all of the circumstances, and defend the case so that damages are minimized as much as possible. Therefore, if a teen is held in suspicion of, or actually charged with, larceny, contact a criminal defense lawyer as soon as possible.

Nadine Swayne presents this article to parents in order to shed light on teens and identity theft. Johnson, Johnson & Baer, P.C., Houston criminal defense attorneys, will fight tirelessly to defend your teen if they are facing theft charges. They are dedicated to protecting the rights of their clients.

blogbydonna.com
2013-07-24
Previous Post: 5 Healthy Party Food Recipes Your Kids Will Love
Next Post: At Risk Pregnancy? 5 Steps To Take For A Safe Delivery