Drew Peterson: Untouchable to air in April on Lifetime 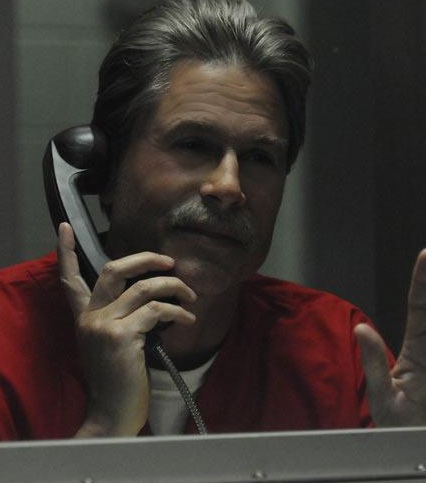 The movie, 'Drew Peterson: Untouchable' premiered in January of this year on the Lifetime Channel, but if like me you missed it, you'll have three chances to watch it, soon. Lifetime will be re-airing it on April 8, at 7pm EST and at 11pm EST. As well as April 9, at 8pm EST.

I am intrigued by the Drew Peterson case. I just feel like this guy is so bleepin' guilty, yet seems to be, well… "untouchable". Don't get me wrong, I believe in innocent until proven guilty. I really do.  I guess it's just a gut feeling. And I've learned to trust my instincts.

Did Peterson get away with murder twice? I think so. I think he got away with the murder of his ex-wife, Kathleen Savio. And by getting away with it, gave him a sense of invincibilty. He exudes such an arrogance that just turns my stomach.

On July 21, 2010, it was revealed that hearsay statements indicating
Drew Peterson killed two of his wives are not reliable enough for a jury
to hear at his trial, according to Wikipedia. Joe Hosey, the journalist and author of 'Fatal Vows: The Tragic Wives of Sergeant Drew Peterson', says, "that the earliest Peterson will go to trial is March." And that was being optimistic. Well, I guess so… March has come and gone and he still hasn't gone to trial.

Let's hope the appellate court will make a decision soon. He allegedly murdered his third wife Kathleen Savio in 2004 and Stacey Peterson, his fourth wife, has been missing since 2007. That a long time to wait for justice, in my opinion. I would think if he is innocent, he'd want to go to trial to prove his innocence.

As for the Lifetime movie, Drew Peterson: Untouchable, Peterson is portrayed by Rob Lowe. And Lowe appears to do an amazing job at looking like Peterson.

Charming Chicago-area officer Drew Peterson (Lowe) seemed virtually
“untouchable” in more ways than one when it came to his womanizing ways,
having been married three times before landing the eye and affection of
Stacy Cales (Cuoco), a woman half his age. As Peterson’s relationship
with Stacy blossoms, his relationship with third wife Kathleen Savio
(Cara Buono, “Mad Men”) unravels in a bitter divorce — until Kathleen is
inexplicably found dead in an empty bathtub. Soon after Peterson makes
Stacy his fourth wife and they have their first child, his jealousy and
controlling ways begin to strain their marriage. Suddenly Stacy
disappears, leaving her two children and Peterson’s older children
behind. Peterson insists that Stacy left him for another man, but in the
wake of her disappearance, new questions are raised about Kathleen’s
death and her case is reopened, drawing national media attention to
Peterson and the strange cases of Kathleen and Stacy. Peterson seems to
bask in the media attention, professing his innocence and announcing his
engagement to yet another younger woman. But when authorities take a
closer look at the circumstances surrounding both cases, a different
kind of spotlight is placed on him as more questions arise. Are
Kathleen’s death and Stacy’s still-unknown whereabouts just a tragic
coincidence? Or is there more there than meets the eye?

So, I'll be watching Untouchable this weekend on the Lifetime channel. We'll see if the movie changes my opinion.