By: Donna Chaffins
In: Movie Reviews

A Turtle’s Tale: Sammy’s Adventures is Splashing Onto Blu-ray & DVD Combo Pack April 3, and I was lucky enough to get an advanced copy! Let me just say right off the bat, A Turtle’s Tale is so stinkin’ cute. My son has watched it four times so far since it came in the mail three days ago.

A Turtle’s Tale: Sammy’s Adventures starts off with Sammy, just becoming a grandfather, on a beach in Baja, California.

He recounts the story of his life starting in 1959 when as a new hatchling, he must travel across the beach as fast as he can with his fellow newborn sea turtles, and reach the ocean before being captured by seagulls and crabs. Thus begins, Sammy’s 50-year adventure…

On his very first day, Sammy saves another newborn hatchling, Shelly, from being eaten by a seagull. However, he is too exhausted to move and misses leaving with his fellow hatchlings. Although Sammy will never forget Shelly, he will have to go through many adventures and years before meeting up with her again.

Sammy finds himself on a raft, and before his first day is through, he meets up with Ray, another hatchling that fast becomes his best friend. One thing I loved in this movie was the scale of the raft.

We thought the movie was visually beautiful. The use of vivid colors and images made the ocean come to life. I also love the way the 50-year journey, which by the way, is done by marking the milestone periods in human events — like for the ’60s with the hippies and Greenpeace protests, etc. And the use of music to signify the time period… there’s a Beatles’ song, of course.

I will say, as an adult, I found some of the ecological/environmental and, humans are just bad, messages, a bit preachy. I think it’s topics our children should know about and as parents, we should teach them, though.

And I don’t think kids will be bothered by these messages as much as some adults will. Oil spills, pollution, the killing of whales, and the cutting down of trees, are all touched on in the movie — making it a good movie to watch with Earth Day coming up. So educationally speaking, it is a great movie to watch and then talk about these ecological issues with your children.

My son gives A Turtle’s Tale Sammy’s Adventures a 4 out of 5 stars. The only reason he won’t give it a 5 is that he could have done without the romantic storyline between Sammy and Shelly. Just too mushy for his taste. 🙂

I think the soundtrack was one of my favorite things about the movie. All in all, I would recommend this movie. I think the movie is great for 5 to 10-year-olds (those younger than five will love it, too), which is probably the target audience. And parents will find it enjoyable enough to sit through with their kids.

A Turtle’s Tale: Sammy’s Adventures Blu-ray Disc & DVD Combo Pack will be available for the suggested retail price of $19.95 on April 3, 2012. Featuring an all-star voice cast including Melanie Griffith (Crazy In Alabama), Kathy Griffin (My Life on the D-List), Tim Curry (Charlie’s Angels), Stacy Keach (Two And A Half Men), and Anthony Anderson (Transformers).

I have some really great news. YOU can win a Blue-ray Disc & DVD Combo Pack of ‘A Turtle’s Tale: Sammy’s Adventures’! All you have to do is leave a comment telling me who you’d like to win it for (example: your son, your niece, etc). That’s it. Easy peasy!

The contest will end April 2, 2012 at 11:59pm EST. And a winner will be selected by random.org. Be sure to leave your email address, so I can contact you if you win. You will have 48 hours to respond, at which time a new winner will be drawn. 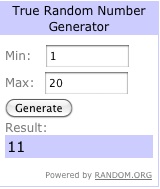 I received a free copy of A Turtle’s Tale: Sammy’s Adventures. I was not required to write a positive review. The opinions I have expressed are my own. I am disclosing this in accordance with the Federal Trade Commission’s 16 CFR, Part 255: “Guides Concerning the Use of Endorsements and Testimonials in Advertising.”