Marital problems have a tendency to percolate under the surface of the relationship, getting worse when they aren’t dealt with in a timely fashion. In many cases, not dealing with marital problems and allowing them to fester can make one person in the relationship begin to resent the other. Sometimes resentment can begin to build up on both sides, even though each person may have a completely train of thought on the same problem. While you may not be able to prevent disagreements in a long-relationship, there are some things you can do to keep the problem from lingering and destroying the relationship you worked so hard to build.

It might seem somewhat obvious, but many people in a relationship don’t feel like they can talk to their partner about the problem that they’re having, especially if the problem is directly related to their partner. In other situations, a person might be embarrassed about a problem and trying to hide it from their significant other. Not talking and avoiding the situation can cause a sort of separation between two people. When a problem festers in this way, two people in a relationship can grow somewhat detached. They may live under the same roof, share a bed and seem like a completely normal couple. However, over time, ignoring a marital problem will create tension. Ignoring marital problems will not work and the problem won’t go away.

Sit down with your partner and try to talk about the problem you’re having. If you can’t resolve it right away, do what you can to keep the lines of communication open. Set another time to discuss it further and don’t ignore it.

Every marriage has its share of surface problems – problems that exist, but in reality, aren’t that important. An example could be a person that leaves the milk out on the counter or forgets to clean the bathroom when they say they will. On their own, these problems don’t seem like a big deal. But for some couples, they can pile up, leaving one or both people feeling frustrated. Try to talk about these little problems when they come up and fix them.

If surface problems keep getting under your skin, try to forget them instead of making them a big issue in your marriage. Put the milk away for your partner. Remind them that they said they would clean the bathroom. Most importantly, don’t hang on to those kinds of problems. Let them go and realize that there are more important things to worry about. Even your perfect partner isn’t truly perfect.

Many couples are reluctant to visit a marriage counselor, often assuming that their problems aren’t big enough to warrant the time and cost. However, marriage problems of all sizes and relating to all issues can put a big gap between you and your partner – one that can be difficult to overcome without some outside help.

Visiting a marriage counselor can help you work through some of your issues with your partner and help you strengthen the bond between you. While many couples may not see an immediate resolution to their problem, the simple act of visiting a counselor is often enough to lower resentment and anger within a relationship since both parties know the other is willing to make a compromise and wants to fix the problem.

Dan McKenzie is a marriage counselor and guest author at Best Counseling Schools, where he contributed to the guide to the Top 10 Best Online Counseling Degree Programs. 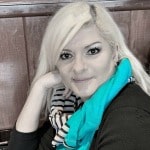 5 Responses to 3 Ways to Prevent Marital Problems from Festering