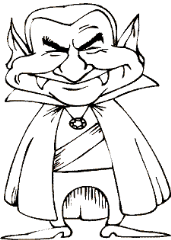 Legends of vampires in New England that began in the 1700s and persisted for a century are explored tonight, August 6, 2008, at 9:00 p.m. on the History channel.

From the History Channel:

A vampire scare in New England in the 1700s lasted more than a century and turned families and communities upside down. The dead bodies of those suspected of vampirism were exhumed and ancient curse-breaking rituals were performed on them. Watch as the latest technology is used to analyze historic evidence of the New England vampires and discover if there was any basis for the panic. Medical science is also used to examine those who believe themselves to be modern day vampires. Is there a common element between the suspected vampires of America's past and present?

To be honest I don't believe in 'Vampires', not in the Bram Stoker sense of vampires, anyway.  However, I have always had this fascination with vampires.  I loved the Ann Rice books Interview with the Vampire series, and have seen and enjoyed most all vampire movies.

Vampires are mythological creatures, famous in folklore for their need to feed on the blood of animals and humans for survival.  Although this sounds horrific and disgusting, with the exception of the earlier vampire movies, I have always found 'Dracula' to be sexy.  I just have this strange attraction to vampires.

Here is a list of my favorite/sexiest Vampire movies:

I have enjoyed many vampire moves but these stick out in my memory more than others.

Tune into the History Channel tonight, watch 'MonsterQuest – Vampires in America',  and draw your own conclusion as to whether vampires exist or not.

If you like/love vampire movies share your favorites with us.  Hope to hear from you!