Eyes Cannot Give Away A Liar, Report Claims 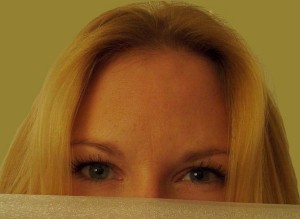 Have you ever interrogated or questioned? Have you ever been told that your shifty eyes were giving you away when trying to conceal something? Do you always wear sunglasses when playing poker in case your eyes reveal that you’re bluffing? If so, you’ll be interested to know that the common theory of ‘lying eyes’ has been labelled a myth by new research.

The joint investigation by Edinburgh University and Hertfordshire University looked in the psychological principle which states that when a person looks to the right they are likely to be lying, and those who looked left were probably telling the truth. This is because most people are right-handed and they look to their ‘stronger’ side when constructing an imagined event. In contrast, they look to their left when recalling a real event.

No correlation between eye movements and lying

As part of the investigation, the researchers recorded volunteers and their eye movements as they told various truths or lies. A second group of volunteers was then shown the recordings and asked to detect the lies and extrapolate the facts from the fiction.

Dr. Caroline Watt of Edinburgh University said that a large portion of the population believe that certain eye movements are a sign of lying, but that their research provided no support for this theory and believes that this approach towards detecting lies should be abandoned.

Professor Richard Wiseman of Hertfordshire University claimed that the study revealed that there is no relationship between eye movements and whether a person speaks the truth or not. Also, the study showed that even when the second group of volunteers were told about the theory, it did not improve their chances of detecting lies.

In a following study, videos of high-profile press conferences featuring people appealing for help finding missing relatives were analyzed. Some of the people had been lying and some were telling the truth. There was no evidence that suggested eye movements could have been used to detect which people were lying.

So how can you tell if someone is lying?

Professor Wiseman also gave some examples of traits which actually can give a liar away. They include avoiding personal pronouns, such as ‘I’, ‘we’ and ‘mine’. People also tend to sit very still when they lie, as it helps them to concentrate. They also become hesitant and stumble over their words, often using fillers such as ‘um’ and ‘err’ as a delaying tactic so they have more time to think. This is also true when they begin to answer a question, they will pause before speaking, often mapping out their lie mentally to see if it fits. They may also cover their mouth or touch their hair as they speak.

So when telling little white lies, let your eye wander wherever they wish, just hope that your nose doesn’t suddenly start to grow.

blogbydonna.com
2012-10-09
Previous Post: Fructose: What It Is, and What It Does To the Body
Next Post: The Spooky Shows of the Travel Channel; Now You See Them…